Rather than describe this live performance of music and projections by Philippe Léonard and CHRIST, the artists have decided to turn this space over to Cindy Blackstock, with her consent.

"A post-apology 'To-Do' List" by Cindy Blackstock, member of the Gitxsan Nation and Executive Director of First Nations Child and Family Caring Society of Canada.

The Pope apologized for the Catholic Church’s role in residential schools. It was meaningful for some Residential School Survivors, and I am so grateful that it brought them some comfort. However, when victims must travel to Rome to ask for an apology, greater scrutiny is needed to ensure the apology delivers justice for the victims and is not just a proforma release of responsibility for the offender. As an Elder eloquently told the Royal Commission on Aboriginal Peoples in 1996, “integrity is when words have meaning.”

The Pope’s apology began by recognizing the Governor General and the prime minister (which are both offices arising from colonialism), before mentioning the Residential School Survivors and the children who died to whom this apology is properly addressed. It talked about the future but was light on accountability and action and peppered with requests for God to forgive the Church. There is still time to ensure this apology has meaning, so I am calling on the Pope to commit to the following actions on behalf of the Catholic Church and the Holy See:

1- Publicly rescind the 1493 papal bull “Inter Caetera” that gave effect to the Doctrine of Discovery “legalizing” the unjust taking of Indigenous lands worldwide and continues to be cited by courts and governments to legitimize colonial land title.
2- Conduct an independent and credible records review to ensure that the Church and Holy See provide all residential school records in its possession to entities authorized by Indigenous Peoples.
3- Repatriate anything taken from Indigenous Peoples by the Church or Holy See, including lands, cultural artifacts, records and human remains.
4- Decolonize the Church and Holy See by reforming Catholic teachings and practices that interfere with Indigenous Peoples’ rights, paying particular attention to ensuring that Church teachings do not infringe on the human rights and dignity of all Indigenous Peoples, including women and girls and LGBTQAI2S+ and gender diverse persons.
5- Take significant and positive measures to promote Indigenous Peoples’ rights globally, including the promotion of their self-determined spiritual beliefs and practices.
6- Reform the Church to protect all children and other vulnerable persons against all forms of abuse and hold perpetrators and those who enable them accountable whilst providing meaningful reparations and supports to victims.
7- Ensure the Church (not parishioners) provides just reparations to Residential School Survivors and the estates of children who died.
8- Conduct a review of the Church’s global injustices to determine where apologies accompanied by meaningful justice should be offered instead of waiting for victims to “ask.”

The First Nations, Métis and Inuit children who attended residential schools and suffered so deeply and those who died there deserve this and more.

Live music and projections performance by Philippe Léonard and CHRIST

Presented in collaboration with Suoni Per Il Popolo.

Reserve a seat Add to calendar

Unframing Documentary showcases three sound creations to listen to in the darkness of the Cinémathèque québécoise: today, cinema will not rely on... 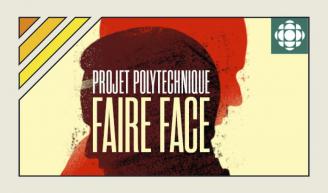 Radio-Canada OHdio invites you to Cinéma du Musée on Sunday, November 20, at 3 p.m. for an exclusive listening session of the first episode of its... 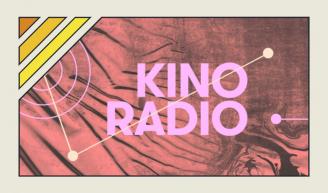 In collaboration with Transistor Media, RIDM will premiere the latest Kino-radio creations!Spearheaded by Transistor, Kino-radio is a project inspired... 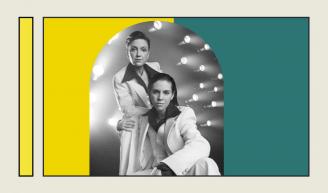