An old elephant, the last member of his species, is preparing with his driver for a final journey that will take them to a legendary secret place: the elephants’ graveyard. Poachers follow them, but disappear mysteriously, while the radio reports a massive earthquake causing devastation in Asia. Cemetery is a film in the form of a journey, on which we must forget ourselves. Carlos Casas’ approach mirrors the calm, patience and enormity of the elephant, whose wrinkled, crackled skin is as intensely magnified by the cinematography as the majestic landscapes. We are gradually immersed in a sensory adventure in a new age of mass extinction, in which nature is taking its revenge on humans, who have become peripheral.

The Seer and the Unseen

Animus Animalis (A Story About People, Animals and Things) 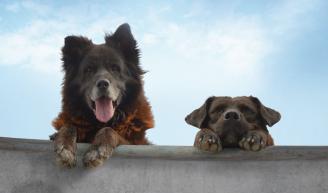