Martin Duckworth is a staunch defender of peace and justice and one of Quebec’s most important documentary filmmakers. Helped by his 47-year-old daughter, who is on the autism spectrum, the octogenarian supports his wife, photographer and activist Audrey Schirmer, through the final stages of Alzheimer’s disease. Characterized by captivating resilience and strength, this moving biography soberly directed by Jeremiah Hayes allows Duckworth to reflect candidly on the key personal and professional moments of the couple’s lives. Dear Audrey tells a story marked by incredible twists and turns and a consistent attitude toward challenges. The film takes place more in the present than the past, becoming a powerful testimonial to the growing and unshakable love of a husband for his wife. (Programming Collective)

>> For the premiere of the feature film Dear Audrey, Tënk is offering a free retrospective of the great filmmaker and ardent defender of justice and peace Martin Duckworth ! 6 films to watch for free from November 19th until Decembre 3rd <<

Presented in collaboration with Tënk

Some Kind of Intimacy 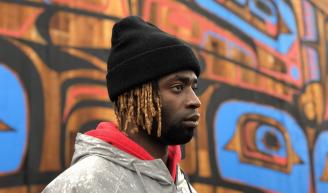