Strength of the living

Built on the Peace River, in a breathtaking valley in the Rocky Mountain Trench, the W.A.C. Bennett Dam drastically transformed the territory inhabited for millennia by the Tsay Keh Dene First Nation. The hydroelectric megaproject was built in 1968 by government-owned BC Hydro. The dam took seven years to complete and resulted in the flooding of a large area to create a massive reservoir. D?NE YI'INJETL | The Scattering of Man is the first documentary feature directed by Luke Gleeson. Along with its impressive aesthetic and narrative qualities, the film presents the perspective of Gleeson’s community, which continues to suffer from the project’s environmental, cultural, and social repercussions. (Programming Collective) 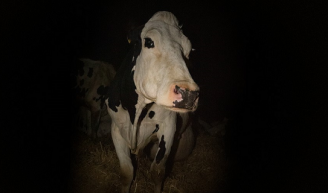