In this brutal and poignant study, Rosine Mbakam, a Cameroonian filmmaker based in Belgium, introduces us to her friend and compatriot Delphine, who is haunted by the horrors of her past. Because they belonged to different socioeconomic worlds, the two women would have been unlikely ever to meet in Cameroon; however, in Europe, the African diaspora has thrown them together and the colonial perspective erases their differences. The winner of the IndieLisboa award for best film, this documentary brings to mind a confessional: Delphine candidly tells her story, meeting the gaze of the static camera. Her passionate message is not a prayer, however, but one of a woman whose greatest crime is simply existing as a Black person, in poverty, almost overwhelmed by a misogynistic and racist society. (Programming Collective) 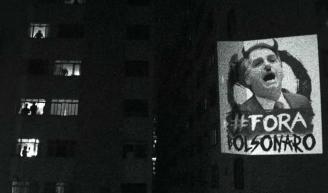