After The Event and The Trial, Sergei Loznitsa continues his remarkable visual history of the former USSR with State Funeral. Made entirely from images – mostly never before seen – of Stalin’s funeral in March 1953, the film is as spectacular as the ceremonies themselves. It immerses us in a world where the cult of personality reached a paroxysm, and where history and propaganda were as one. Through the mind-boggling grandiosity and grotesqueness of the commemorations, the film explores the complex construction of Stalin’s image, celebrated as a great humanist in political speeches, elevated to the status of benevolent and all-powerful god. A god who was soon set aside, yet who continues to haunt us. 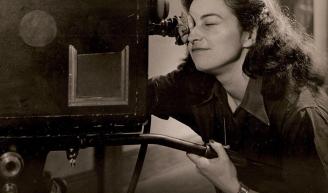