SODEC and Forum RIDM continue their collaboration with the SODEC_Lab @ CPH:DOX 2021  and announce the six participating producers

Forum RIDM is proud to renew its partnership with the Société de développement des entreprises culturelles (SODEC) as part of CPH:DOX 2021. This SODEC_Lab will allow producers from Quebec to participate online in the CPH:FORUM documentary market from April 26 to April 30, 2021, and the CPH:DOX festival in Copenhagen. The festival is dedicated to creative documentary projects in all formats: feature films, series, interactive media, and installations.

By participating in a program of workshops, meetings and networking sessions, the six participants will have the opportunity to be initiated to European and international markets, and more specifically to the Scandinavian and Danish CPH:FORUM market. They will be able to build new relationships with international producers, buyers, distributors and programmers accredited to the CPH:FORUM, with the objective of fostering cultural exchanges, good practices and long-term formal and informal collaboration.

The selected producers for SODEC_LAB @ CPH:DOX 2021 are: 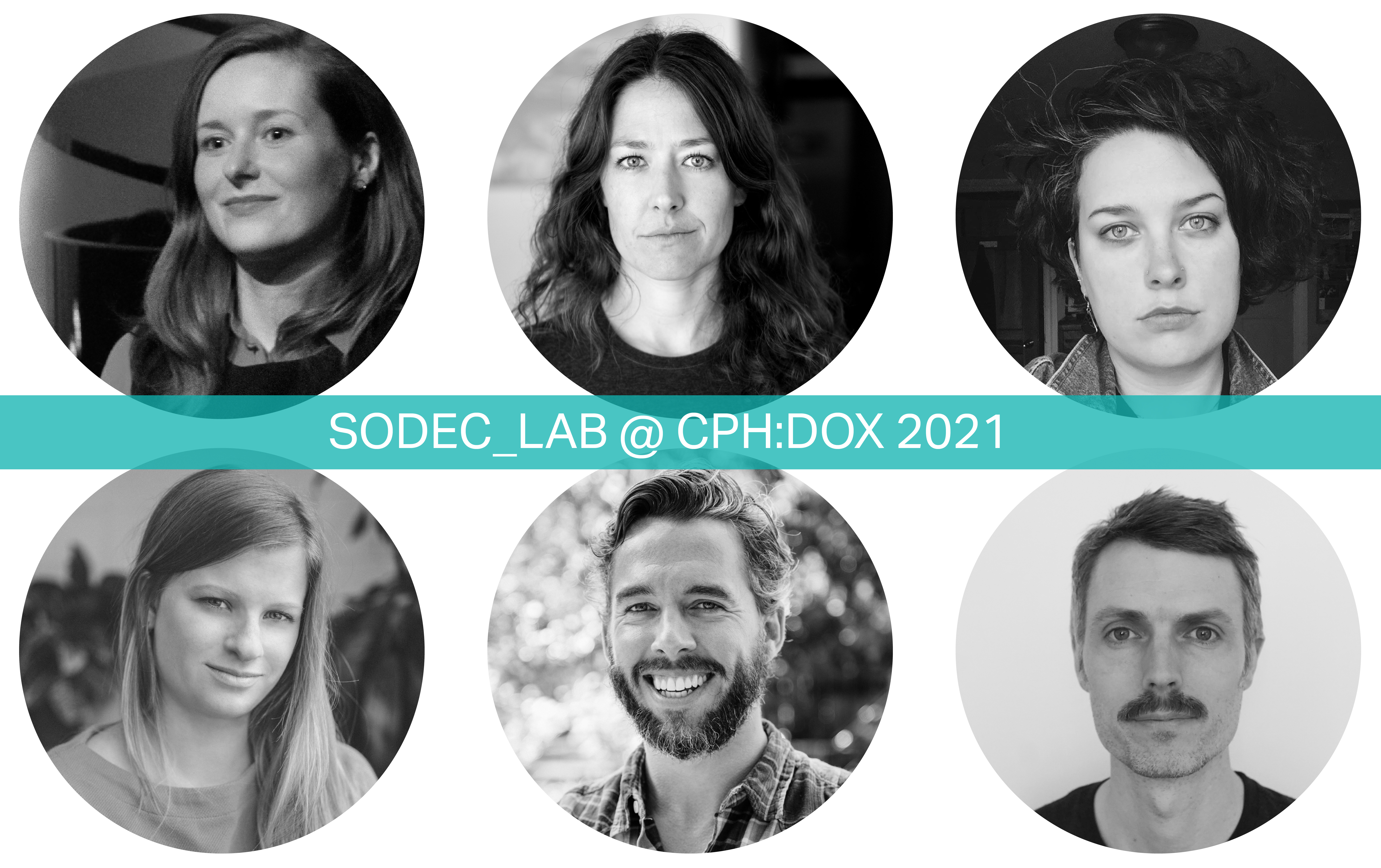 Andrée-Anne has been a producer at Terre Innue since 2015. A film and journalism graduate, her projects raise awareness of Indigenous issues, from an Indigenous perspective. In addition to feature documentary Call Me Human (2020 — Radio-Canada / ARTV, Best Canadian documentary at VIFF & CIFF), she produced documentary Teweikan Revived (2018 — Radio-Canada/ARTV/CBC North – Best Cinematography: Documentary, Prix Gémeaux) and feature-length documentary Innu Nikamu : Chanter la résistance (2017 — Canal D/APTN – Iris Award, Best Documentary); the three films were successful on the festival circuit. Andrée-Anne is currently producing the animated feature Ghostdance (co-produced by a_BAHN and Les Films d’Ici), a family drama set in the context of Indigenous femicides, and the feature documentary It Takes A Village, about the revival of traditional birthing practices in remote Indigenous communities.

Line Sander Egede was born in Copenhagen in 1986 and has been living in Montreal since 2015. Line started studying film at the Copenhagen Film and Photo School in 2007 and has been producing short films, documentaries and music videos since 2010. Working with Danish director Malou Reymann, she produced three short films, the medium-length film Interruption and most recently the documentary Distance, which premiered at CPH:DOX 2018. Interruption and Distance were both produced by Nordisk Film Production. Line has a bachelor’s degree in TV and media journalism from DMJX. In 2015, she moved to Montreal to pursue her career as a producer, and in 2017, she attended the Cinema program at L’Inis. After L’Inis, Line produced several short films and recently premiered the feature film Vacarme, directed by Neegan Trudel, at CINEMANIA and PÖFF. She is currently in post-production for the feature documentary Gabor, directed by Joannie Lafrenière. With her company TAK Films, Line is aiming to develop co-productions with Europe.

Marie-Michèle lives and works in Montréal/Tiohtià:ke. She studied film production at the Mel Hoppenheim School of Cinema at Concordia University and went on to work as a director, producer, editor and cinematographer on independent projects. Her first short film, Blush, was screened at Reeling: The Chicago LGBTQ + International Film Festival and Image + Nation, among others. As a visual artist, she has worked mainly with projections and scenography under the name Boycott (2015-2017), which led to VJ appearances across Canada. Inquisitive and self-taught, she is interested above all in political and poetic ways of thinking about cinema. The co-founder of Earthbound Wrestling, a key part of the Montreal underground, she also co-founded Earthbound Futures, a non-profit organization dedicated to empowering queer youth. She is currently a documentary producer at Parabola Films.

Montreal-based Colonelle films is a production company founded in 2012 by three producers with complementary talents: Geneviève Dulude-De Celles, Fanny Drew and Sarah Mannering. The young company supports emerging filmmakers and projects in all formats (short and feature, fiction and documentary) driven by strong, unique, free and innovative auteur visions. To date, Colonelle films has produced more than 20 films, many of them selected and awarded by international festivals including Sundance, Berlin, Locarno, Rotterdam, TIFF, SXSW and Hot Docs. The company’s first fictional feature, A Colony, was released in 2019 and won several major awards, including the Crystal Bear at Berlin, where it premiered, and Best Motion Picture at the Canadian Screen Awards.

Frederic founded Montreal’s Bunbury Films in 2002 as a producer/director intending only to make one film: Once a Nazi… (2006 — Canal D/PBS/Noga). On the back of that film’s critical success, Frederic went on to produce eighteen one-off feature and TV-hour documentaries, including the 2014 Academy Award winning short documentary The Lady in Number 6. He also produced a fictional feature in 2016, Boost, which received five Canadian Screen Award nominations and won Best Actor in a Leading Role. The film also received eight Gala Québec Cinéma (Iris Awards) nominations.

Simon Plouffe lives and works in Montreal. His experiences working with sound have led him to explore sonic worlds for both experimental and design purposes. The Gold of the Others (2011) was shown at 15 international festivals (RIDM, Dok.Fest Munich, Guadalajara, Big Sky). Those Who Come, Will Hear (2018) won the Iris Award in 2019 for Best Sound, the Jury Prize at the Ann Arbor Festival, and the award for Best Documentary at the Ficwallmapu Festival in Chile.