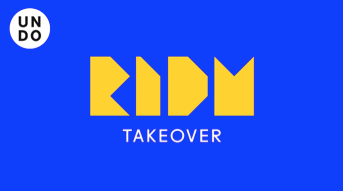 These screenings help raise the international profile of Quebec-made films, and provide an excellent opportunity to meet filmmakers. The RIDM is proud to collaborate with UnionDocs, a Brooklyn-based documentary production and training centre. The festival hopes to establish lasting ties with the organization in order to promote Quebec’s artistic documentaries.

Screenings of Oncle Bernard A Counter-Lesson in Economics will occur on July 1 - followed by a party animated by the Canadian DJ Frame and on July 2 - followed by a Q&A with the director.

Filmed in 2000 during the making of Encirclement – Neo-Liberalism Ensnares Democracy, this interview with Bernard Maris, aka Uncle Bernard, is a fascinating conversation with an independent thinker who was the economic analyst at Charlie Hebdo, assassinated with his colleagues last January. A tireless debunker of the myths that prop up an ever less transparent market economy, this peerless populariser of ideas had a vision of the world founded on social solidarity – a vision that needs exposure more than ever before.

Encirclement – Neo-Liberalism Ensnares Democracy will screen on July 3 - followed by a BBQ party.

Neo-liberalism’s one-size-fits-all dogmas are well known: deregulation, reducing the role of the State, privatization, limiting inflation rather than unemployment, etc. In other words, depoliticizing the economy and putting it into the hands of the financial class. And these dogmas are gradually settling into our consciousness because they’re being broadcast across a vast and pervasive network of propaganda. Drawing upon the thinking and analyses of renowned intellectuals, this documentary sketches a portrait of neo-liberal ideology and examines the various mechanisms used to impose its dictates throughout the world.

Our local beer partners Trou du Diable and Dieu du Ciel! will also be on site to offer a selection of their best products.

UnionDocs (UnDo) is a Center for Documentary Art that generates and shares big ideas. We bring together a diverse community of experimental media-makers, dedicated journalists, critical thinkers, and local partners on a search for urgent expressions of the human experience, practical perspectives on the world today, and compelling visions for the future.