Since 2012, the RIDM has worked with high schools to introduce young people to documentary cinema. This year, the RIDM is proud to offer a series of fun 75-minute workshops for the students of the Jeanne-Mance secondary school as part of the RIDM Youth Program.

Between February 18 and the end of May, the RIDM will host weekly sessions that will include encounters with filmmakers and other cinema professionals, creative exercises, introductions to different types of documentary, and extracts from features and short films.

Through these exclusive meetings with film professionals, students have the chance to discover the craft of filming real life and to learn by doing. The goal of this innovative after-school activity is to capture the imagination and to spark a love for film among young audiences.

By offering workshops to the Jeanne-Mance high school this year, the RIDM hopes to strengthen the school’s connection with documentary cinema and the community, thus contributing to the revitalization of neighbourhood public schools. 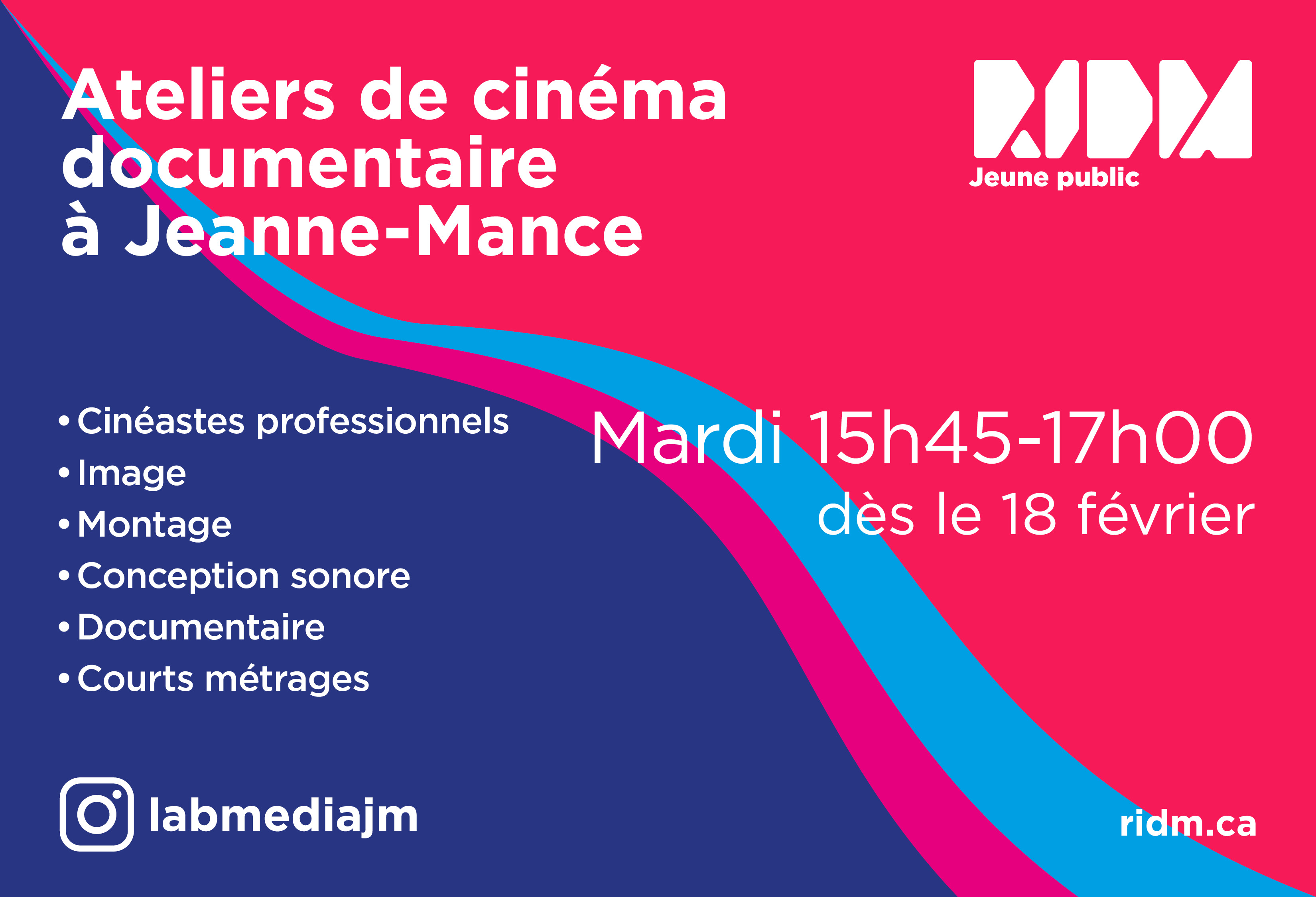 Alongside this project, the RIDM has also been developing a program of documentary screenings in several detention centres: Leclerc, Bordeaux, Joliette, and the Thérèse-Casgrain halfway house. Each screening is followed by a discussion between the inmates, a cultural facilitator, and the filmmaker. In a second session, the writing workshop provides a space for critical reflection on the film.

As part of the RIDM in Prison program, a jury of five women chooses the best film among eight documentaries selected at the festival to receive the Women Inmates’ Award.

Thanks to this initiative, the RIDM was awarded the Prix de l’Action culturelle from the Ville de Montréal in 2014.