An electrifying visual identity for the 25th edition

The Montreal International Documentary Festival (RIDM) is pleased to unveil the visual identity of its 25th edition, which will take place from November 17 to 27, 2022. To mark the RIDM’s 25th anniversary, Juliette Moal has dreamed up a visual signature that taps into our collective nostalgia for the 1990s. That decade saw the launch of the Montreal International Documentary Festival, founded in 1998. 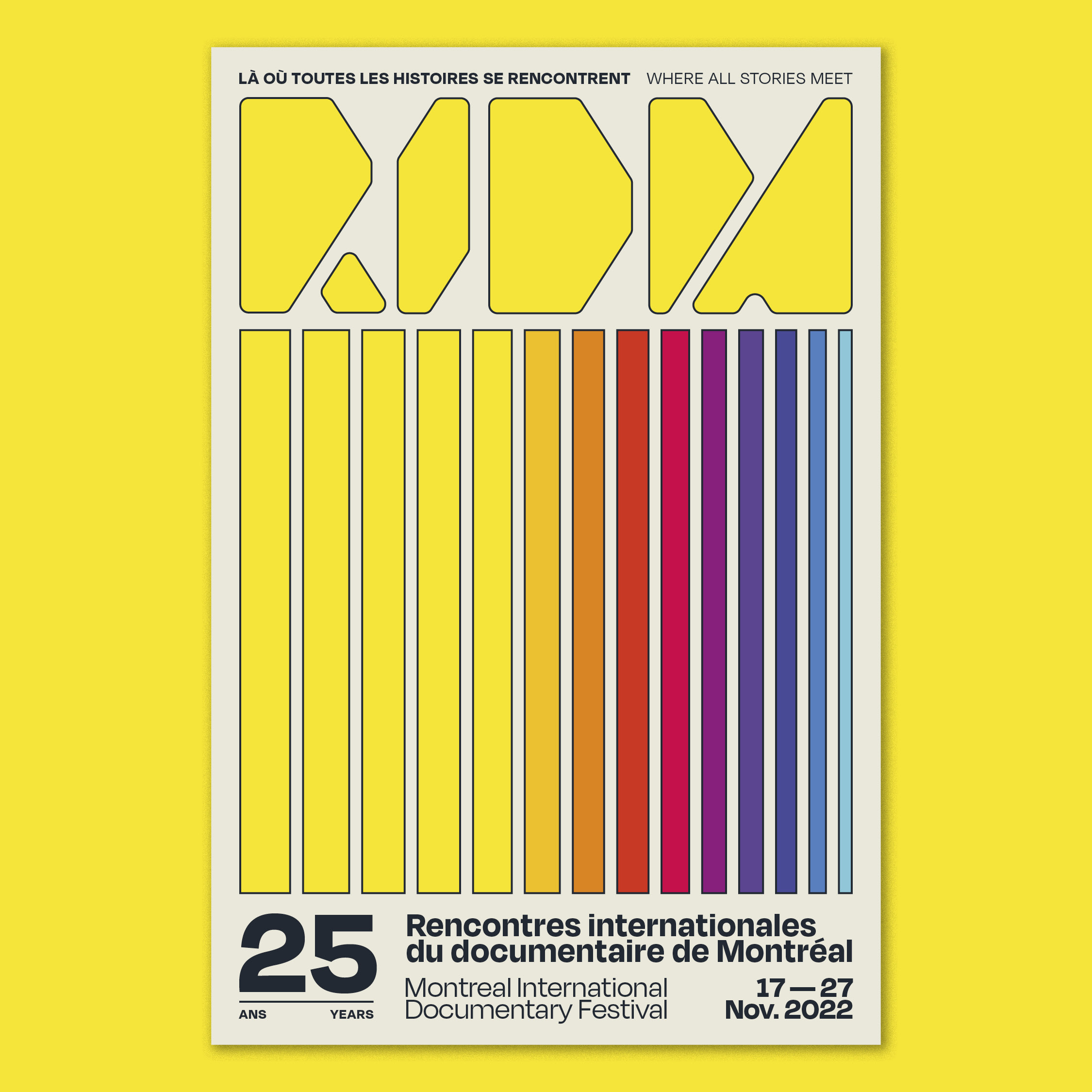 In a nod to the design of VHS cases – the iconic cassette packaging that was a staple in most households for about two decades –, the poster serves as the shell to the 2022 festival’s entire program. Vintage and colourful, it showcases the RIDM logo as well as its slogan, Where all stories meet. It also heralds an edition that will foster dialogue between generations.

The documentary films selected by the RIDM programming collective raise issues of relevance in the present, the past and the future. This 25 th anniversary edition will provide an opportunity to bring filmmakers of the past, present and future together, along with the public, to take part in roundtables, discussions, and performances about documentary cinema.

"Developing a festival’s visual identity is an annual challenge that gives rise to much reflection and sometimes even trepidation. When it's an anniversary, all of that is essentially amplified. So it was with great joy (and relief) that we welcomed the proposal of Juliette, faithful collaborator of the RIDM. Her design manages to evoke, in a very colourful way, a feeling of nostalgia by paying tribute to cinema and to one of its most universal (at least for a few generations) means of distribution, all the while proudly featuring the RIDM’s branding" - Marc Gauthier, the RIDM’s Executive Director.

The full program will be unveiled at a press conference on Wednesday, October 26 at 10 a.m. at the Cinémathèque québécoise.