The RIDM were happy to present Oncle Bernard A Counter-Lesson in Economics and Encirclement in collaboration with the UnionDocs on July 1, 2 et 3. These documentaries by Richard Brouillette were screened at Center of Documentary Art (UnionDocs), located in Brooklyn, New York, in presence of the director.

Screenings of Oncle Bernard A Counter-Lesson in Economics occured on July 1st  (followed by a party animated by the canadien DJ Frame) and on July 2 (followed by a Q&A with the director).

Filmed in 2000 during the making of Encirclement – Neo-Liberalism Ensnares Democracy, this interview with Bernard Maris, aka Uncle Bernard, is a fascinating conversation with an independent thinker who was the economic analyst at Charlie Hebdo, assassinated with his colleagues last January. A tireless debunker of the myths that prop up an ever less transparent market economy, this peerless populariser of ideas had a vision of the world founded on social solidarity – a vision that needs exposure more than ever before.

Screening of Encirclement on July 3 (followed by a BBQ party).

Neo-liberalism’s one-size-fits-all dogmas are well known: deregulation, reducing the role of the State, privatization, limiting inflation rather than unemployment, etc. In other words, depoliticizing the economy and putting it into the hands of the financial class. And these dogmas are gradually settling into our consciousness because they’re being broadcast across a vast and pervasive network of propaganda. Drawing upon the thinking and analyses of renowned intellectuals, this documentary sketches a portrait of neo-liberal ideology and examines the various mechanisms used to impose its dictates throughout the world.

Thanks to the UnionDocs team for their amazing welcome! 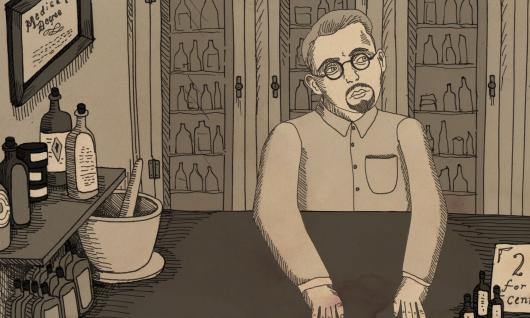