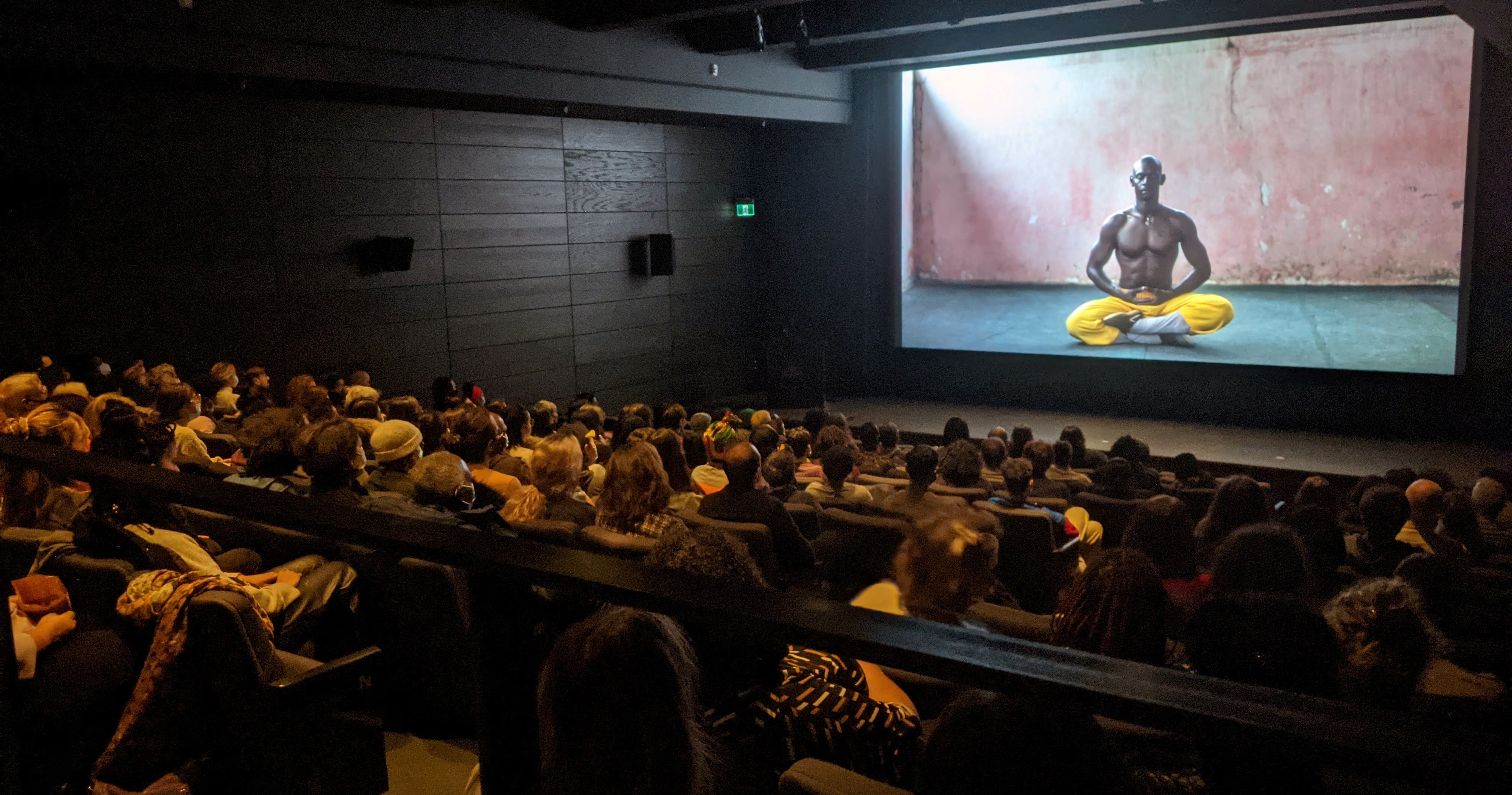 The 24th edition of the Montreal International Documentary Festival (RIDM) drew to a close on November 25. For its first hybrid edition, Quebec’s largest festival dedicated exclusively to documentary film presented 120 documentaries for film-lovers both in Montreal and across Canada. The festival team is proud to announce that these two audiences—physical and virtual—reached 80% of the total audience of 2019’s pre-pandemic edition.

By screening documentaries from 44 different countries, the RIDM aimed to give an insight into the lived experiences of people the world over. Activities running alongside the program offered festivalgoers even greater insight into these experiences via screenings and discussions with filmmakers; for instance, during his time in Montreal, prolific Russian director Vitaly Mansky gave a masterclass complementing the RIDM’s retrospective of his work.

Always keen to blaze a trail for equal representation, the RIDM offered programming of exceptional quality, over 50% of which was created by women filmmakers. The selection was also designed to amplify the voices of often underrepresented communities in documentary film—for example, Dear Jackie by Henri Pardo sketches a history of Little Burgundy’s Black community; meanwhile, in Kímmapiiyipitssini: The Meaning of Empathy, Elle-Máijá Tailfeathers turns the camera on her own community, the Kainai First Nation, at the forefront of the struggle against the ravages of opioid addiction.

The festival’s great diversity of voices was also visible in the prominence given to young filmmakers, particularly with the return of La soirée de la relève Radio-Canada, short films produced by Wapikoni mobile, and the inclusion of 14 first-time filmmakers in the program. The RIDM was also a platform for all documentary formats: as well as many feature-length films, 48 shorts were screened along with five medium-length films.

Reflecting the wealth of talent within our local scene, close to 50 films from Quebec and elsewhere in Canada were screened, making up 42% of the entire program. Especially popular this year were films reflecting a deep sense of humanity, including Upstairs by Martin Fournier and Pier-Luc Latulippe, Alone by Paul Tom, Dear Audrey by Jeremiah Hayes, One of Ours by Yasmine Mathurin, and Gabor by Joannie Lafrenière.

The RIDM took great pride in bringing audiences together this year through both its on-site screenings and its accessible virtual edition. Since its introduction in 2020, the online screening platform has allowed a growing audience from outside Montreal to enjoy the films on offer; this year, they accounted for 37% of total viewers.

Forum RIDM’s 17th edition took place in hybrid format from November 13 to 17. Over five days, the event played host to nearly 300 accredited guests including 120 professionals. The resounding success of Forum RIDM was due in no small part to the roundtables and the virtual One-on-One, which—attended by guests from 11 different countries—was host to 538 business meetings. The hybrid format of this edition allowed Forum RIDM to maintain and strengthen its position as a key event on the local and international documentary scene.

This year’s Forum focused particularly on collaborations and encounters. Attending professionals had access to 7 workshops and conferences, 7 networking activities, 5 grants, and 2 pitch activities. The much-loved Rough Cut Lab was a chance to hear from a panel of seasoned experts who shared their views on the L’Histoire les jugera project (working title) directed by German Gutierrez and produced by Carmen Garcia. Collaboration was the watch-word of this 8th edition of the Talent Lab, presented by Netflix, in which 16 emerging filmmakers were able to enjoy individual mentorship alongside workshops grouped around the theme of “Partners in Creation.”

Forum RIDM 2021 was a resounding success, thanks to both its participants and its partners: prizes awarded to the Forum winners totalled $27,000 in grants and support.