The RIDM+ (formerly Docville) screenings are back!

The RIDM+ (formerly Docville) screenings are back!

Around the World in 50 Concerts by Heddy Honigmann 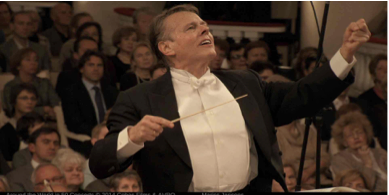 Montreal, Thursday, January 14, 2016 – From January through August this year, the Montreal International Documentary Festival (RIDM) will once again present its year-round programming, including the monthly film series now known as RIDM+ that will present Montreal premieres of the year’s best documentaries. The series will be presented at Cinéma du Parc on the last Thursday of every month at 8 p.m.

Around the World in 50 concerts,directed by Heddy Honigmann, will kick off this year’s monthly RIDM+ series with the film’s Quebec premiere on Thursday, January 28 at 8 p.m at Cinéma du Parc, preceded by the short film Le son du silence by Maxim Rheault.

The Royal Concertgebouw Orchestra, the pride of the Netherlands, decided to celebrate its 125th anniversary with 50 concerts on six continents. In Around the World in 50 concerts, filmmaker Heddy Honigmann followed the orchestra on its grand tour, recording inspiring testimonials from its members. With their deep passion for music, they emerge as humanist philosophers who talk about art as if it were a person. The film is distributed by Kino Smith.

Hélène, a 28-year-old flutist, has an incurable illness, tinnitus, which produces a constant ear-piercing sound, day after day. With her father’s support, she decides to cope with the condition and keep enjoying her passion to the fullest. Le son du silence,directed by Maxim Rheault, was produced by INIS as part of its Portraits croisés 2015 program.

AROUND THE WORLD IN 50 CONCERTS

In the original Dutch, English, Russian and Spanish, with English subtitles

In the original French, with English subtitles